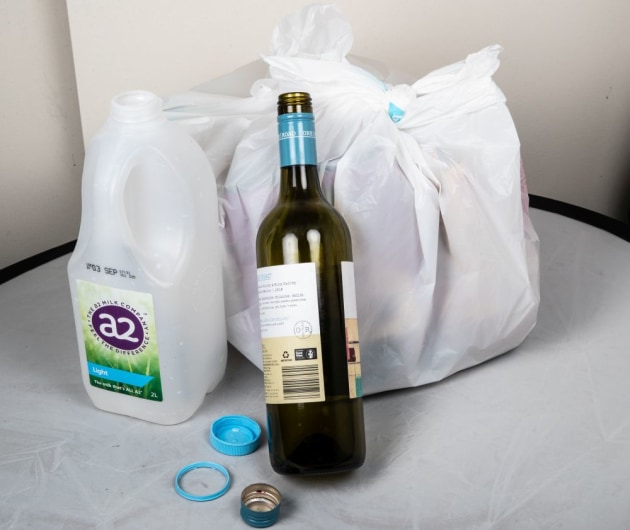 The “three Rs” of Reduce, Reuse, and Recycle have long been a mainstay in environmental practice – but they’re no longer enough, according to Howard Glinn, national sales manager at Cormack Packaging, who argues that we need to add three more words.

It is already a big talking point across all manufacturers and most consumers that we should Reduce, Reuse, Recycle – but a slow progression on what has happened to date is not enough. There needs to be massive investment in the sorting process, to radically improve the volume of clearly separated packaging so that the recyclers can shred and prepare the sorted media for reuse in new packaging.

To do this, we need to build on the classic three Rs – so, I suggest adding END: Educate, Nationalise, and Disrupt.

E is for Educate

For starters, consumers need to be educated on proper recycling practice – as a manufacturer of plastics, I nearly cry when I see what the average consumer throws into their recycling bin.

We undertook to travel through the waste stream and find out what happens today with a typical plastic cap we make – from the local recycling bin in your front yard, to the trip to the council sorting centre, to the actual recycling centre. Each council will have different steps from your house to the actual point of the reclaimed material being reused into new packaging.

A trip to the manager of our local waste transfer station was enlightening. We asked him to comment on what people should put in their kerbside bin – for instance, what they should do with the plastic cap when recycling bottles.

His answer: if the cap is bigger than a 50-cent piece, it should be fitted back to the empty bottle; if smaller, they are 50-50 on whether it should be loose or fitted to the bottle. The main driver for this answer is that week to week they send their sorted plastic to different recyclers – now, how do you train all the residents in the Hawkesbury to do it differently week to week, particularly given we have a fortnightly collection of our recycling bins?

Another big issue they have is people sealing assorted waste into bags: they don’t have time to open them at the sorting station, so this goes straight to waste. Similarly, if you’ve bought an appliance in a large well-packaged cardboard box, it’s critical that you don’t put all the packaging back into the original outer carton: you must separate the plastic bag and the polystyrene foam so they are not trapped inside the cardboard box. Only then will all three elements – paper, polyethylene, and polystyrene – be sorted and recycled into new packaging.

N is for Nationalise

Next, another key issue is that we have different rules state by state on packaging. We can see this in the container deposit schemes – or lack thereof – across various states and territories. South Australia has done a brilliant job of managing a bottle return system for many years; the Northern Territory moved five years ago, and NSW 18 months ago, while Victoria still has not adopted the bottle return system.

This is great for recycling – but for a cap manufacturer, it’s a nightmare. In SA you need to remove the label and the cap before returning the bottle for the deposit, while in NSW you must keep the label and you “should” refit the cap.

In fact, it’s important that the cap stays on the bottle when it’s deposited: when the recycler shreds the bottles they will wash off the label and/or shred the caps and label with the bottle, then spin the different media off so they are grouped for recycling.

By contrast, if the beverage cap is thrown “loose” into a recycling bin, when it gets to a waste transfer station, the weight and size of the cap is so small that it is not cost effective for them to find it and reuse it – it just goes to mixed waste.

The cap and tamper band travelling all the way back with the bottle gives the highest chance it will be shredded and reclaimed, and that as a small loose piece it doesn’t simply become litter. The Australian Bottled Water Association (ABWA) is being proactive in trying to get all states the same, ensuring these small pieces of packaging will return all the way to the recycler.

The Clean Up Australia program has great data that shows that three years after the bottle return system was introduced into NT, they saw a major drop in the number of empty bottles found on clean up days. If consumers were educated to have re applied the cap on the empty bottle, there would be the same major drop of discarded caps in the bush or at beaches and waterways.

What we need, then, is the Federal Government to first make the same rule over all states, then educate the consumer that they must replace the cap on a bottle when they throw it away – be that into a roadside bin, a council recycling bin, or the bottle return machines. This would then allow the brand owners, bottle maker, and cap manufacturer to work together to ensure the tamper band is always “trapped” on the bottle neck and not likely to become a small discarded piece of litter, and worse still, a trap for small wildlife around their necks.

D is for Disrupt

Finally, we need to look at disrupting how packaging is made and reused or recycled. It has been through times of major disruption that we have cemented long ongoing improvements; for example, when the old-fashioned wine cork was first being replaced by a metal closure, it started use on mainly the cheaper wines and took time to move across to expensive wines – but today, how often do you see a wine corkscrew used in a restaurant?

The recent major great change in packaging was, of course, with the cheap thin checkout shopping bag. At first when they were banned, we all complained and hated the idea of buying a thick reusable bag – but look, next time you’re at the checkout or sitting in the shop car park watching people returning to their cars, at how we’ve all adjusted.

For small shops, I never use a bag now at all: I try and group the goods in my arms and carry them to the back seat of my car. At Bunnings, I pack all I’ve bought into the cardboard cartons in which the goods arrived at the store. For a large shop, I still don’t buy thick plastic bags now: I take the full trolley to the back of my car, pack the goods from the trolley into the boot of my car with a few insulated bags I always keep in the boot, and then reverse my car to the back door at home and carry the food or goods direct to the fridge and cupboard.

The next disruptor we need is a solution to over-packaged goods. So many goods are way over-packed – not to protect the goods from damage, but to limit theft and provide a large surface area for company branding. Look at the amount of thick plastic and printed cardboard the next time you buy a simple drill bit. How do we make this change? It’s not required for the drill bit’s protection!

Niche recycling is also developing. Polystyrene has been collected and reprocessed by companies like AD Foam forever, but new entrants such as REDIT are also forming for specialised areas of packaging recycling. REDIT concentrates only in picking up and recycling flexible plastics: films, stretch wrap, bags, and so on.

We do need to be mindful and balanced in changes we make. One by-product in the elimination of the checkout thin shopping bags has been a huge revival in the use of paper bags – let’s hope the large demand for paper does not increase deforestation to make way for more paper forests.

So let’s push the boundaries of Reduce, Reuse, Recycle – and then Educate consumers on how to ensure that packaging is presented in the right format into the recycling stream to be recycled; Nationalise rules to make them common and simple across all states and territories; and add Disruption to force major changes.

Good, clean sorted plastics can and will be recycled – but first we need to put an END to the three Rs.

This article first appeared on 28 August 2019 in Packaging News: http://www.packagingnews.com.au/sustainability/opinion-putting-an-end-to-the-three-rs